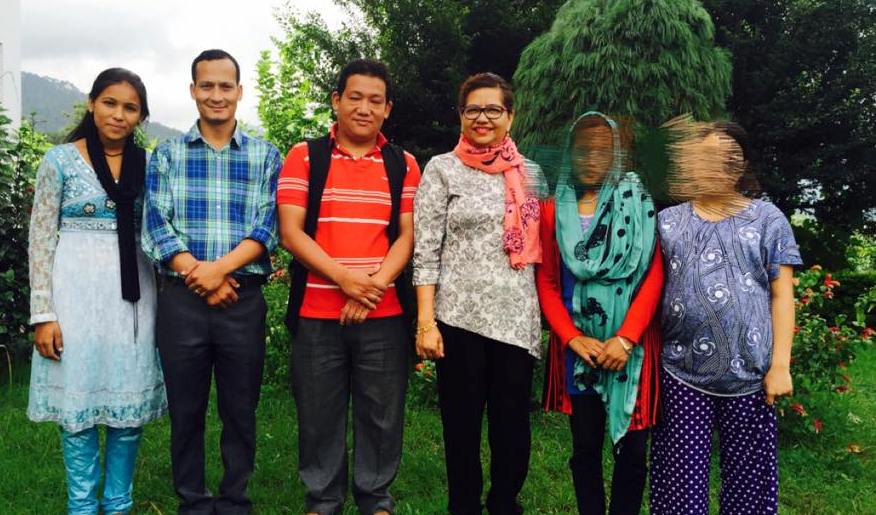 August 9-10, 2016 Kathmandu Nepal; Voice of Fetus, Nepal rescued two teenage girls in crisis pregnancy. One is 17 and other one is 16 year old.
The 17 year old girl belonged to the far eastern part of Nepal, who was studying in10th standard. According to her, she was happened to be raped by a matured married man, who was very much renowned for doing plenty of more such criminal activities.
After that dreadful incident she was perplexed and traumatized. So, she left her house and went to a relative in next city where she found herself pregnant and the relative sent the girl to her sister house in Kathmandu in order to avoid social stigma. While living in her sister in Kathmandu she was quite alone and was a tad depressed because she was locked in a room. At that moment Voice of Fetus, Nepal came to learn about her case and went over to her place to help her but, since Voice of Fetus’s Compassion Maternity home was closed for a time being she was rescued and was kept in an organization named Asha, Nepal. Now, she is recovering from the trauma and could see a smiling on her face. Your prayer will be greatly appreciated for her and the innocent baby in her womb.
The other girl was from the Far western part of Nepal. According to her, when she was just 13 year old, she was forced by her relatives and villagers to tie a knot with a boy and ultimately she was married and had one child. Later, her husband went to abroad for earning money.
She was young, beautiful and it was pretty obvious for her immature heart to engage in extra marital affair in the absence of her husband so, she fell in love with an unknown man and got pregnant. After knowing about her pregnancy, her husband came back, took the other baby with him and also told her that she could still remain his wife, only if she aborted the baby in her womb.
That time, she was already 4 months pregnant, her elder sister suggested her not to abort the baby, because her elder sister had participated in one of the training provided by Voice of Fetus, Nepal. So, her elder sister brought her to Voice of Fetus, Nepal. So, she is also kept at Asha, Nepal. There she was looked after with great care and was given all kinds of support.
Voice of Fetus, Nepal is very thankful towards Asha, Nepal for opening its house for these valuable girls in need.
Apart from that Voice of Fetus, Nepal is in the process of building its new Compassion Maternity Home for which VOF, Nepal is collecting fund. People who are willing to provide financial help or have a giving heart can surely provide VOF, Nepal some financial help and be a part of this life saving program.
There are many such teenage girls and ladies going through crisis pregnancy, who have been left helplessly alone by their close relatives, friends and family members. For the well being of such ladies and to save the life of Pre-born the CHM building project must be finished on time.