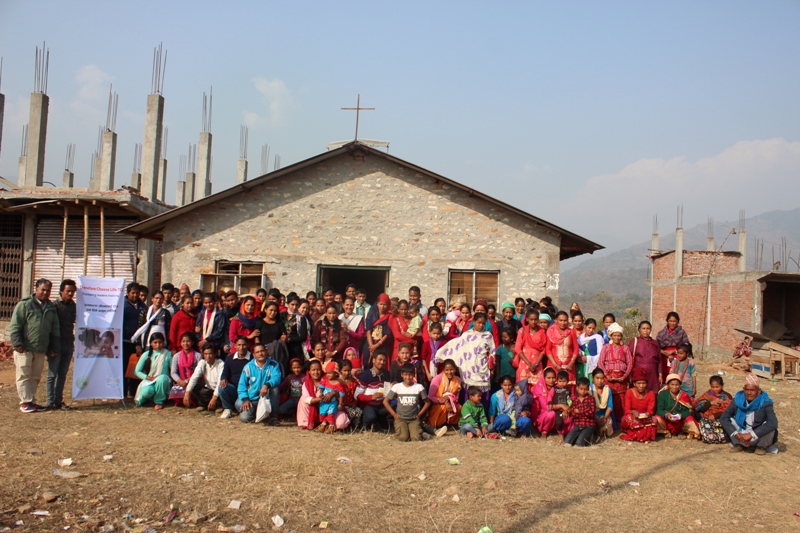 February 22, 2018 Thursday @ Chaurjahari West Rukum: Despite of a strike, doing a whole night journey by bus up to Surkhet and then 6 hours of Bike riding me and Ps. Purna Bardewa got to Chaurjahari west Rukum. The Chaurjahari is famous for Mission Hospital. And we were reported by a Community worker of the hospital that the abortion rate is high among the people in Rukum. The mission hospital has been kept on denying doing abortion but many people come there with complication of medical abortion like incomplete abortion. So, we were suggested to talk more about medical abortion and domestic methods.
Accordingly, we were able to do the presentation among 80+ women and man, hospital staff and Church pastor and leaders from Rukum and Jajarkot. Some of them were come there after 4 hours of walking. The presentation really opened the eyes of the people… the first session itself helped them to understand that how big sin it is to destroy a life created in His image and likeness. The participants were really surprised after viewing the development of a baby in a mother’s womb. After the lunch break TCL session made them clearer to understand the harsh truth of abortion. A senior Pastor admitted, “I used to think that doing abortion is a normal procedure but the training opened my eyes and changed my perception…” He also confessed in public that they also applied medical abortion twice-thrice time.
We distributed 10 life bags with DVD, book and brochures to 10 different churches and a pen drive of PLG to the senior Pastor Surya GM who will be passing the video to others.